A common problem I see in contests or manuscripts I’m editing is that the narrative thread isn’t strong enough to pull us as readers through the story. Here are a few reasons why it fails.

A series of events versus cause-and-effect events

A plot is not just a series of events. That is boring. It’s like me telling you about my day: I got up, I exercised, I read my email, I wrote, I ate lunch… you’re falling asleep because there is no particular reason why these things happened and nothing of consequence resulted. And there was nothing bad that happened if one of these things didn’t happen.

Too often writers hear that they need more action in their stories and they just throw in a bunch of events. What they really need is tension. And tension comes from the domino-like effect of a story set in motion by what happens in the very beginning. Because your character chose this certain path in the beginning of the story, she has now set off an irreversible series of events. That tension between disaster and success is what keeps your readers reading.

What does your POV character want at the beginning of the scene? Notice I said POV character. Depending on the scene and how many POV characters you have, this could be the hero, the love interest, the villain, etc. Whoever it is, this is their scene. What do they want?

You need a goal to keep your scene moving the plot forward and to make your character proactive. Nobody likes a hero who waits to get rescued. No one finds it interesting when things just “happen” to work out. Even when our villains have goals, it makes us more emotionally engaged because now we’re afraid for the hero.

The more desperately a character wants something, the more interesting and emotionally involving the scene becomes.

We talk a lot about conflict because it is one of the hardest areas for writers. We are geared in our personal lives to avoid, minimize, or resolve conflict. It’s hard to just turn that off and revel in conflict. But that’s what we need to do.

This is not just about fighting or arguing. This is better termed obstacle, for it’s really the series of obstacles that stand in the way of your POV character getting her way. You must have this. If your POV character gets her goal without conflict, that’s boring and not emotionally engaging. The value of the goal comes from the struggle. The bigger the goal, the bigger the struggle.

Conflict must come from motivation

And while doing all that, conflict must be believable. We want powerful, original conflicts. But they have to make sense to the reader. There needs to be an underlying logic behind every action your characters take. They need to be motivated by the backstory we have discovered about them.

But, characters don’t always do the smart thing. Everyone has a weakness, a flaw, or something that would cause them to behave irrationally. Maybe an opposing character deceives them into making a mistake, or maybe they deceive themselves and make a wrong move as a result.

o   Saddling one of your main characters with an unexpected handicap 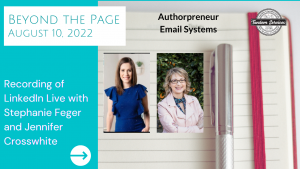