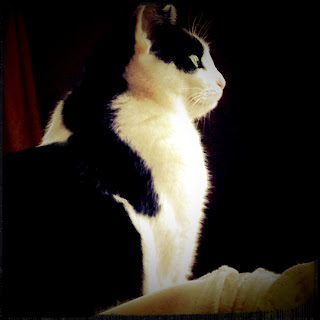 This is not a post about cats. Well, maybe it is. A little. I don’t know about you but I’ve never seen a cat with six-pack abs. Every cat I know has a soft, flabby belly. We had a cat growing up that we called Flabby Tabby.

How does that relate to writing? I’ve been judging a lot of contests, published and unpublished, for many years. And I find the same types of problems crop up over and over. A lot of flabby bellies in writing, if you will. So let’s discuss them here so you can look for them in your own writing and weed them out, whether you want to enter a contest or not.

As I said in my earlier post here on deep POV, most people don’t realize how powerful it is. When we are truly inside your character’s skin and brain, and not just watching him or her, we develop that deep emotional connection that makes for a great reading experience. If readers love your characters, they’ll follow them anywhere, even through a bad plot.

Another big mistake I see in contests is that writers fail to make every action, thought, and word do more than just convey one piece of information. Use each as an opportunity to show emotion or convey something to us about your character’s personality.

For example, a character simply crossing the room to pick up her phone can tell us a lot. Don’t just tell us she went over and got her phone. Did she stalk? Did she drag her feet? Did she nearly skip? See how each one shows us her mood as well as showing us what she’s doing? And for the phone call. Do her actions convey dread? Excitement? Anger? Make each bit do double and triple duty and you won’t have the dreaded flab that must be cut.

When we read about what your character is doing (or has done) we expect it to mean something. If you tell us she went to the grocery story before going home, there should be a reason I need to know that. Did someone see here there? Did she need to avoid someone so she forgot the milk? Did that errand delay her arrival at home so she missed being there when the burglar broke in?

Just as your words need to do double duty, so do any actions that either appear on stage or are summarized in narrative. Keep asking yourself why we need to know this. And, what else can this action tell us?

One of the most frequent errors I see is that writers don’t know where to start their story. See my post here about first impressions. That also applies to scenes. I often see scenes that flounder a bit in their beginning, giving us too much info about how we got here.

Readers don’t need a lot of set up. Regardless if you’re a plotter or a seat-of-your-pants writer, you need to know what you want to accomplish in each scene. Scenes can take place close together or farther apart in time, but they should only contain actions that move your story forward.

If you’re writing a romance and the hero and heroine haven’t spoken in two weeks, you don’t need to spend a lot of time in your next scene explaining what they’ve been doing or why (unless it directly relates to the plot or subplot). You can easily say something like, “After not hearing from John for two weeks Jane was surprised to see his number pop up on her phone.”

You could change “surprised” to something that might more closely convey her feelings, like annoyed, irritated, elated, angry, miffed. But we don’t need a long explanation, just jump into the action. When in doubt, start with the action and add any explanation or transition later if you really need to.

And then when the purpose of the scene is over, end it. It’s much better to leave your readers wanting more than to linger too long in the scene. Think about the purpose (or better, purposes) of each scene. How does it move the plot forward? How does it deepen characterization? What questions does it raise that will keep the reader turning pages? When that’s done, your scene is done.

The problem is that, as writers, we love our characters. They live in our heads; they are our friends. We want to hang out with them and spend time with them. And that’s fine, but do it elsewhere if it’s making your story flabby.

Use these tips to tighten up your writing, whether it’s for a contest or not. And your scenes won’t look as flabby as a cat’s belly.

Jennifer and the other Pencildancers have just released Worthy to Write: Blank Page Tying Your Stomach in Knots? 30 Prayers to Tackle That Fear. Jennifer’s latest books~ Protective Custody: A cop burned by love falls for a key witness in a crime implicating the town’s rich and powerful.  Coming Home A strong- willed young woman must discover her brother’s killer before she’s the next victim. The prequel, Be Mine, is also available. Can a simple thank you note turn into something more? Get the first chapter of Coming Home and Protective Custody at www.JenniferVanderklipp.com